Updated March 2015 -phew! COST of changing the world with a curriculum youth most need to create jobs or sustain their world with- assuming the curriculum content already has world leading practice editors whilst it depends on curricula, we estimate those the major elearning platforms (5 billion elearning satellite and khan academy ) require million dollar investment to free up a new curriculum while on-demand coursera depends on finding a coursera university whose principal wants to partner -welcome alternative findings chris.macrae@yahoo.co.uk

I am due to see the ethiopian Noah Samara who owns the 5 billion peoples elearning satellite yazmi on Thursday
Is there any message to him - eg a free invite to either atlanta stage in may or november. At the moment my first question to him is what is he beaming down to end ebola, this could be a natural segway to what other content could free those who want to train as village nurses, nutritionalists, nature-valuing millennials  ( if empowered by women - a quarter of a billion job stimulating compass which friends of Yunus, Soros and Bangladesh mass published youth postcards around earlier this year)
As you may recall, my last visit to Grameen was to see Dr Yunus to understand if there was any way I could help with the announcement he made at 2013 world skoll championships on the future of moocs and khan academies

Whence I have tried over 42 years to connect the most revolutionary entrepreneurs of open education.
sincerely chris macrae
Permission trust checklist
1 Noah is a friend of Tebabu Assefa who mobilises ethiopia as dc largest diaspora in mentoring rest of dc (and the bcorp legistalure in anapolis) in feed the future partnerships; 1a tebabu's friend stefanos searches out africas wizard tech hubs
Normally Naila would have been first to meet Noah Samara but she is in New York at UN because they asked her to be
Womens Entrepreneur Day Ambassador for Bangladesh> People like W4E Naila and M4E Ana Torres are incredibly busy swarming all youth entrepreneurs on the america continent to the summit if americas panama 7 -11 april. Either Panama or san diego aims to host the next tedx in the series started at the world bank on how world's leading health servants value millennials and wish to linking the highest trust financial inclusion modes digital partners can design. Most of the people cc'd are brainstorming that every week now in one way or another
apologies  if I have mistated anyones collaboration goals, I am sure they can correct me; locally i try and keep mostofa fully informed of whats happening in the other hemispheres  millennials now need to urgently linkin their goals with
Breaking news from 43rd year of net generation search for open elearnng started in The Economist in 1972
world bank open learning campus
Posted by chris macrae at 8:12 AM No comments: 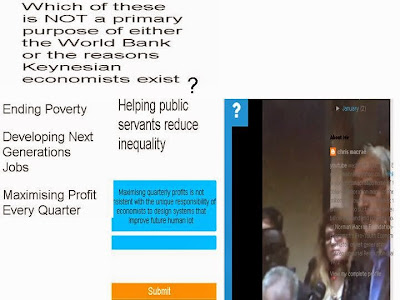 Posted by chris macrae at 3:29 AM No comments:

Puddle 240
chris.macrae@yahoo.co.uk writes - i learnt about puddle from students annual microcredit and education summit in san diego during april 2014. As microcreditsummit leaders Larry Reid says: nowhere beats san diego in usa for community regeneration through microcredit. I was fascinated to hear that www.puddle.com ( a digital solution and sister of Kiva networks) is a latest favorite of san diego microcredit educators, students and women who wish to income generate and rebuild communities.

Could puddles also impact massive youth job creation across usa? It is early days but puddle 240 seeks to explore that horizon. As well as Norman Macrae Foundation its main bankers as of may 2014 are the founder of puddle Jean-Claude and the champion of microcredit and microeducation student summits in san diego Anna Lu . Tell us if you would like to know more or can help! One of the early value chains that puddlers 240 are aiming to take back for creative peoples to own the community sustaining markets of concerns jewelry . Our me ntors at women4empowerment have been working on remapping this and other fashion value chains for many years now
Posted by chris macrae at 1:42 PM No comments: